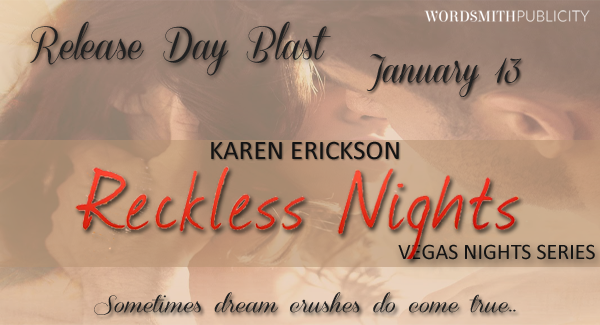 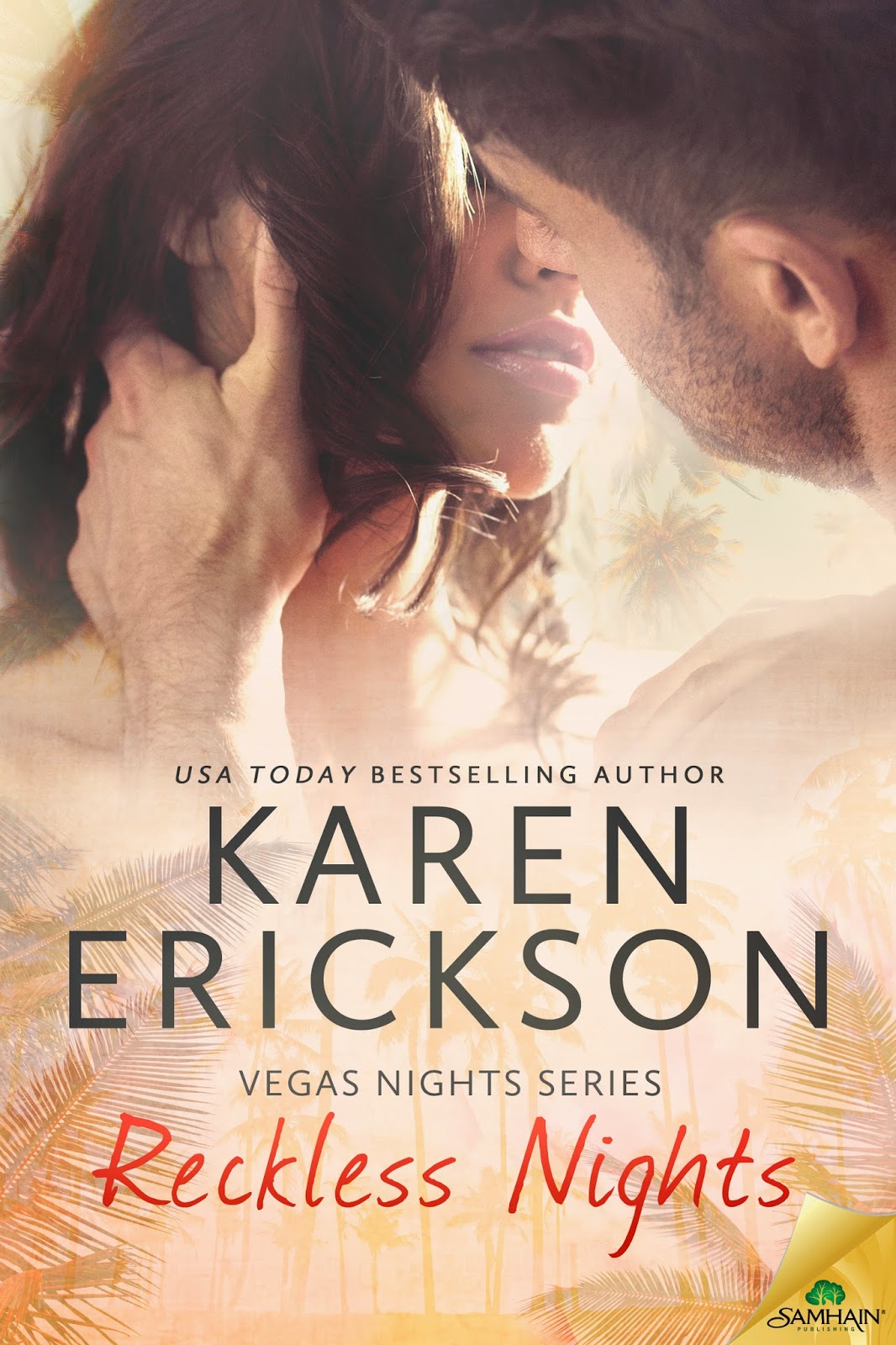 Reagan can’t believe her luck—and not in a good way. One minute she’s hanging out with her friends at an exclusive party in Las Vegas. The next, she’s attracted the attention of a famous actor. Not just any actor. Declan Carter, the man on which she used to—okay, might still—have a fangirl crush. Whose blue eyes leave her embarrassingly tongue tied.

All Declan wants is to meet a nice, normal woman who won’t use him as a stepping stone to fame. Something about Reagan tells him she could be that rare woman, and he follows his instinct to invite her back to his suite—where they proceed to have wild monkey sex. All. Night. Long.

What was supposed to be one night of no-regrets sex stretches out into a blissful weekend of two people who can’t get enough of each other. But when the glamour of Sin City wears off, they’re standing on the edge of a once-in-a-lifetime chance to turn a weekend fling into something lasting. Will they take the jump?

“Reagan,” Declan called, drawing her attention. She turned to her right to find him sitting on an overstuffed loveseat made out of wicker, the deep red cushions plump and comfortable-looking. He waved her over and she headed toward him, her steps careful, her knees wobbling when she saw the heart-stopping smile on his face as she approached.

“I could watch you do that all night,” he murmured as he leaned forward, resting his elbows on his knees so he could dangle in his arms between his legs, his hands clasped together.

“Watch me do what?” she asked, perplexed. She stopped by a glass-topped table where

the two waters Declan ordered sat. But she wasn’t thirsty. She could hardly move, too entranced by the way he stared up at her.

“Walk. You look...incredible in that dress,” he said, letting his gaze skim the entire length of her. “Join me.”

The loveseat wasn’t very big and he was nearly sitting in the middle, so she settled down next to him, their thighs pressed together, her bare leg rubbing against the slightly coarse material of his jeans. She smiled at him as he sat up straight, his shoulder brushing against hers, and she looked away, exhaling discreetly for fear he might notice.

He flat out overwhelmed her. She could smell him, spicy and warm with a hint of soap. His body was hot—she could feel the heat radiating off of him and pulsating through her.

Or maybe that was just her, so crazily aroused for this man she didn’t really even know that she reacted like a woman with out of control hormones. He definitely sent everything within her zinging with just a look, just by sitting next to her.

“It’s a beautiful view,” she said when she couldn’t seem to take him staring at her anymore. She turned to look out at the city lights once more, the breeze blowing through her hair, lifting it from her shoulders and her warm neck.

“I agree,” he said, his voice closer than she realized, and she glanced over her shoulder, his face directly in hers, his gaze locked on her. “Gorgeous.”

She had the distinct feeling he wasn’t talking about the view of Las Vegas. More like he was talking about...her?

The Prequel Novella is FREE!!! 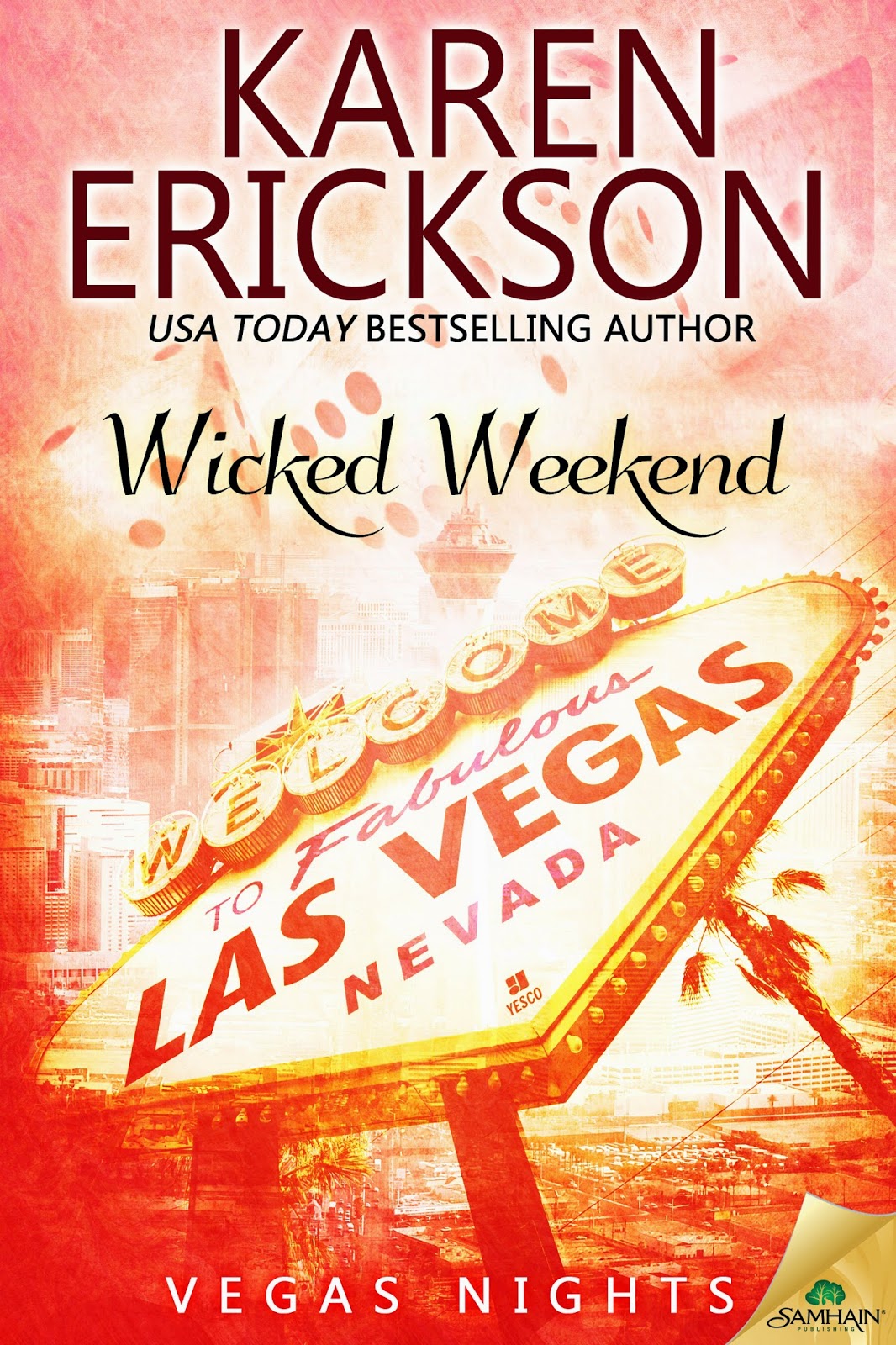 What happens in Vegas…could be a fantasy come true.
Vegas Nights, Book 0.5

Between nursing school and starting their careers, Reagan, Andrea, and Natalie have had no time for dating. After saving up for a special vacation, they’re on their way to Vegas for a long-awaited weekend of fun, sun, gambling and partying.

When their luggage goes missing, an impromptu shopping trip leads them to James, who makes them an unusual offer—to be part of the female scenery at his boss’s upcoming party. Not just any scenery, but women who are pretty in a real way, not the nipped, tucked and dyed Hollywood version.

Accept a “private party” invitation from a complete stranger? These ladies weren’t born yesterday. Yet before “no thanks” crosses their lips, Reagan discovers who James’s boss really is: Declan Carter, an actor she’s crushed on for, well, forever. Now she’s determined to be the eye candy who catches Declan’s eye. No matter what it takes… 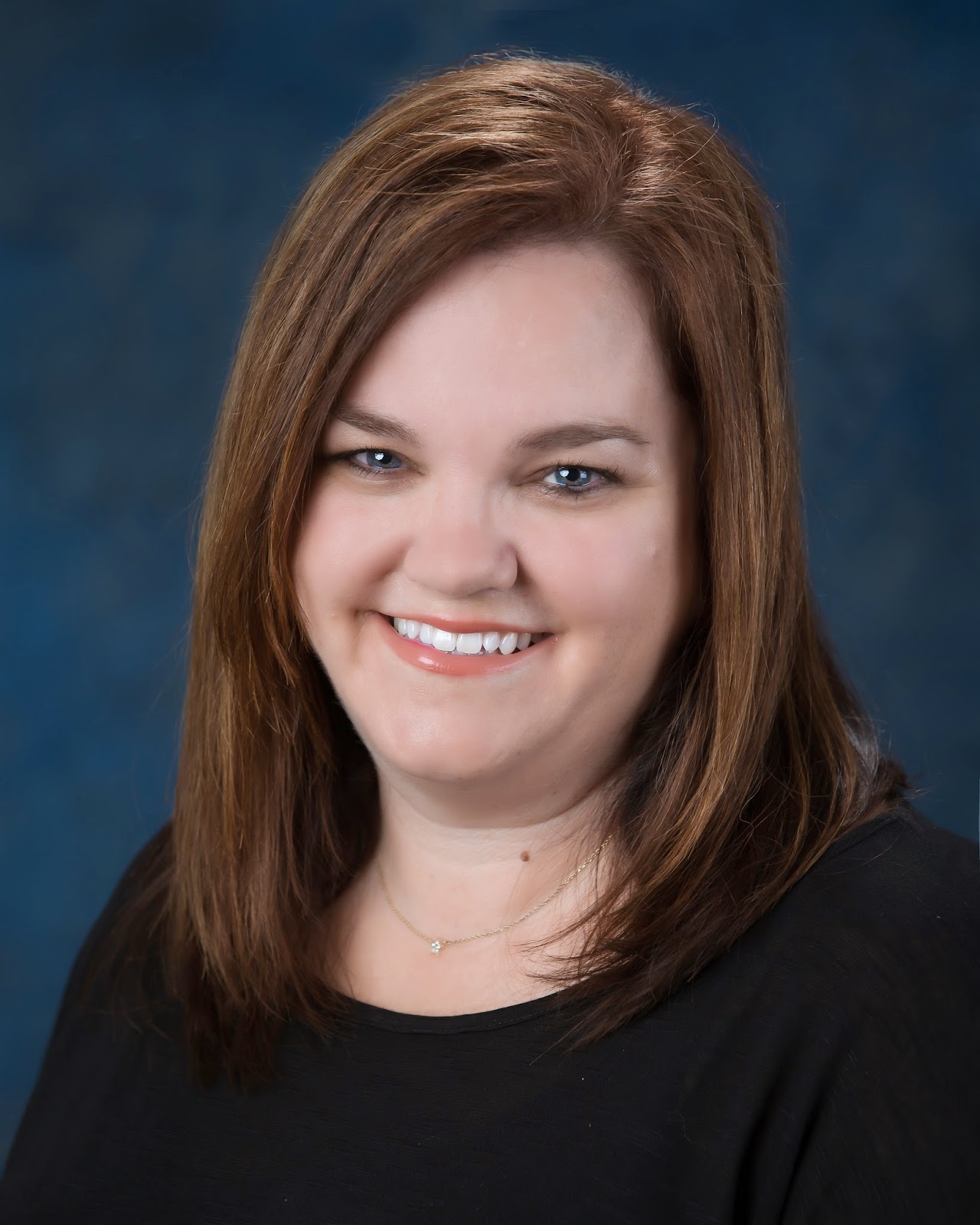 USA Today bestselling author Karen Erickson writes what she loves to read - sexy contemporary romance. Published since 2006, she's a native Californian who lives in the foothills below Yosemite with her husband and three children.