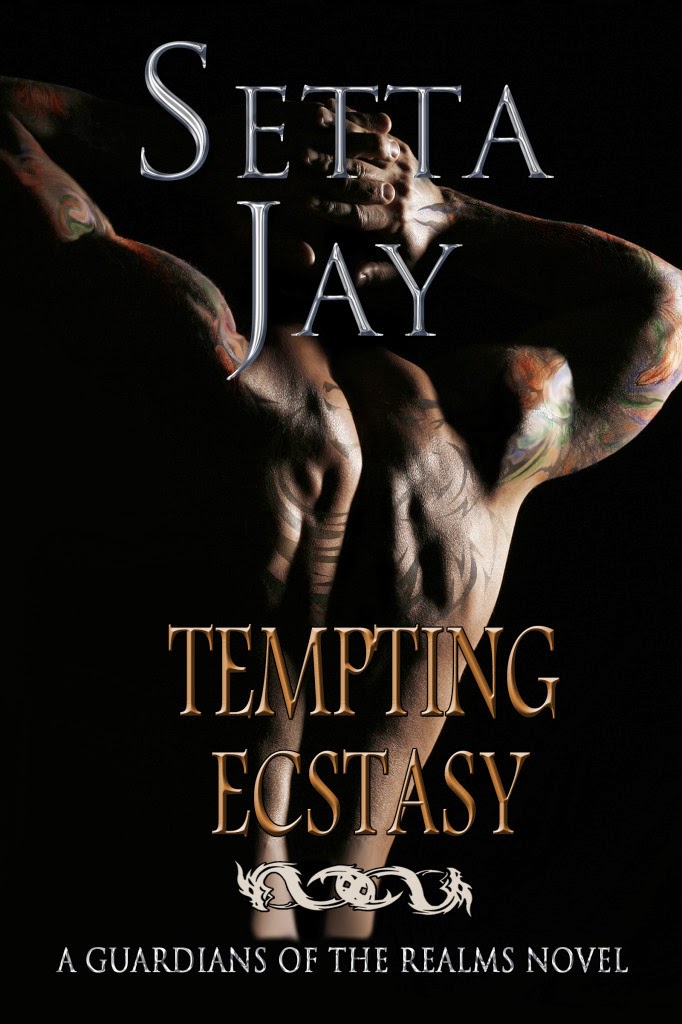 He brings her and her sisters to a place they have never imagined possible and offers her sisters his protection and Dacia everything. Then her brother join the mix and make things a little more interesting. The more time Dacia spends with Conn, the more she falls in love with him and finds her place in their life together.

I am most intrigued by Sirena and her come to Jesus conversation with Drake. I can't wait to find out who her mate will be. I am dying for Vane and Brianne to wake up to see what happens next with them. And Mia...poor Mia. I wanted to throttle Jax. I really can't wait to see what happens next with them. Of course I was thrilled to get a glimpse of Gregoire and his growling hot self.

I absolutely LOVED this book!

I give Tempting Ecstasy 5 hearts! 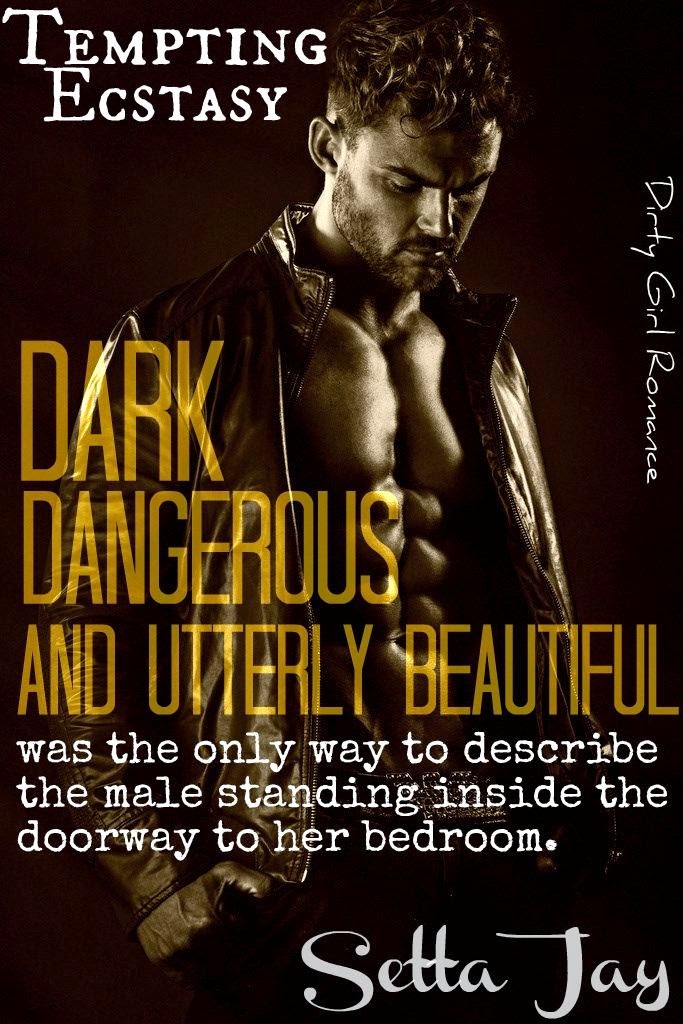 Conn had spent the millennia of his life fighting alongside his brethren as a Guardian of the Four Realms. He’d never allowed himself to imagine that he would be gifted a mate but her scent was inside him now. The intoxicating lure incited his wolf to track her and claim her in a sexual frenzy she could never deny. He refused to repeat the mistakes his brothers had made in their unions, instead he planned to fight the demands of his beast and tempt his female.

Dacia had spent the years of her life as a guardian of her family's secrets. Her days were consumed with helping her siblings search for the Immortals who had escaped the God Apollo’s brutal training camps with her parents thousands of years ago. They were the only hope of finding answers to questions about their lives. Questions her parents hadn’t resolved before their deaths.

Not in her wildest of dreams would Dacia have imagined the answers would instead find her. Or what form those answers would take. The breathtaking male who stepped out of the night and into her life was certainly not one of the hidden Immortals her parents had told of, he was so much more. Wielding both immense power and thrilling strength he aroused not only her body but the wolf hidden within.

Dacia needed to find a way to trust her seductive Guardian, not only with herself, but with her family as well. But how long could she hold out against both the intensity of the mating frenzy that demanded sexual release, and the wickedly sexy male who was tempting not just her body... but also her heart? 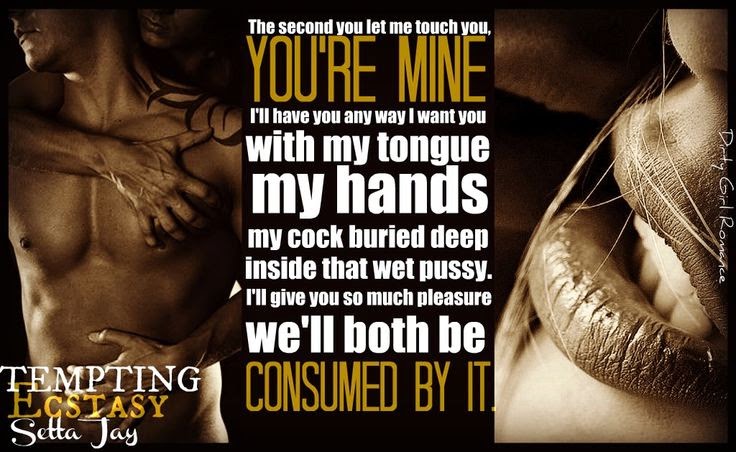 More of The Guardians of the Realms Series 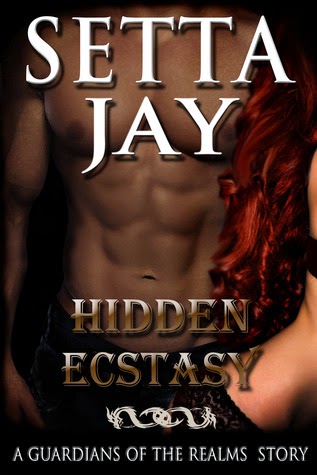 For the last several centuries, Vane, son of the Goddess Athena, and Immortal Warrior Niall, has been avoiding exile to the Immortal Realm. He and his dark, brooding twin and their sister have hidden among humanity, on Earth, ever since the Gods were sent to sleep for their sins.

Brianne was one of only three female Guardians of the Realms. It was her duty to ensure that humanity evolved without being subjugated by more powerful beings. For too long she had succumbed to the lure of a strong and sexy Demi-God that could never be hers, one that she should have exiled long ago.

Their desire was breaking all the rules… 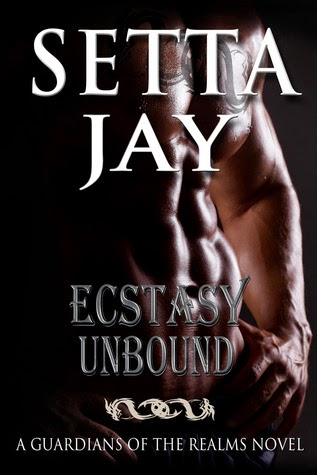 As one of the twelve Guardians of the Realms, Urian has spent the last several centuries in a constant battle to keep the inhabitants of Earth’s Realms under control. Humanity needed to evolve, hell beasts needed to die, and Immortal races needed mates. Unfortunately, he found that he cared less about duty, and more about when his sexy voyeur would again grace the shadows to watch as he and his brother Guardian shared one of the human females frequenting the club. All Guardians were forbidden contact with the little goddess and her brothers, but his need for her was escalating. He found it more difficult than ever to keep from pinning her face down on the nearest surface, and making her his.

Alexandra and her brothers have avoided exile from the human Realm for centuries, ever since the Creators sent the Gods to sleep for their sins against humanity, and banished the Immortals. She has always known that she was needed on Earth. Only once had she gone against her instincts and the price she paid will forever haunt her. It is for that reason she forces herself to stay away from the only male that has ever truly enticed her. The only one that has ever made her flesh heat, and her stomach quiver with desire.

In desperate need to help her beloved brother, she will have to go to the enthralling Guardian, her dark obsession. He is her best hope to get the help she needs, even though he would surely attempt to exile her. She won't go easily… 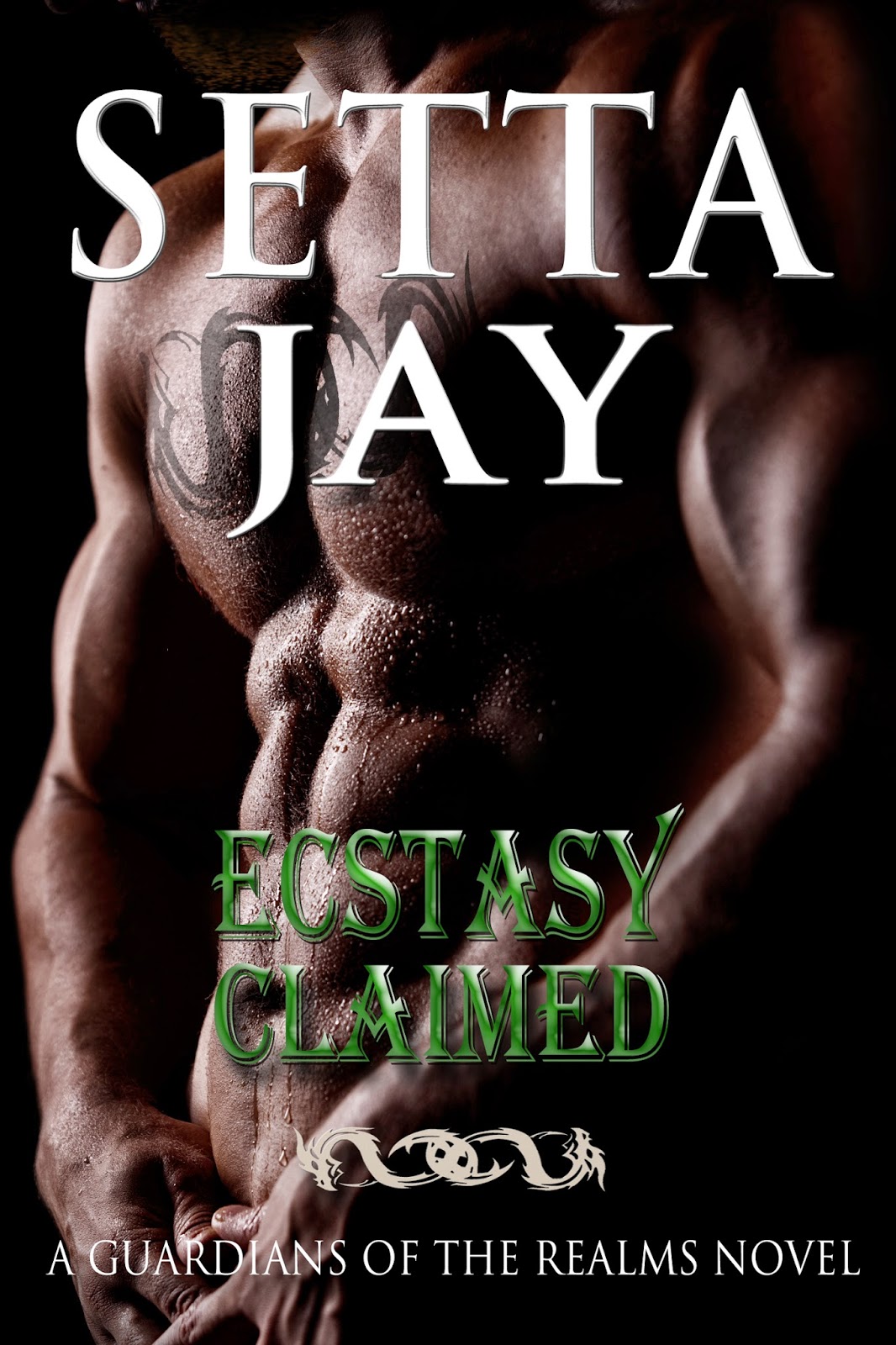 Gregoire has spent centuries with his brother Guardians fighting for the safety and security of the Realms. Endless decades of battling mixed with bouts of mindless sex to sate his needs. Needs that haven’t truly been fulfilled since she was born. The one destined to be his bonded mate. For the last twenty five years Gregoire has kept his distance giving her time to grow into a female who is capable of handling his intense dominance.

Alyssa has done everything that was expected of her, until the day she finds out she has a mate who has left her unclaimed. Unheard of when mates are rare and coveted. Even worse is the fact that he is the most powerful of her race and a Guardian of the Realms. Furious at the rejection she decides she is now in charge of her life. No more will she allow others to rule her.

Against the backdrop of evil forces that are conspiring to topple the Realms, can Gregoire find his wayward mate before she is taken by corrupt Immortals? Can Alyssa forgive him and learn to exert her own female power while surrendering to his savage passion? And will the two of them be able to forge a mate bond that cannot be severed... or will they be forever cursed with an Ecstasy Unclaimed? 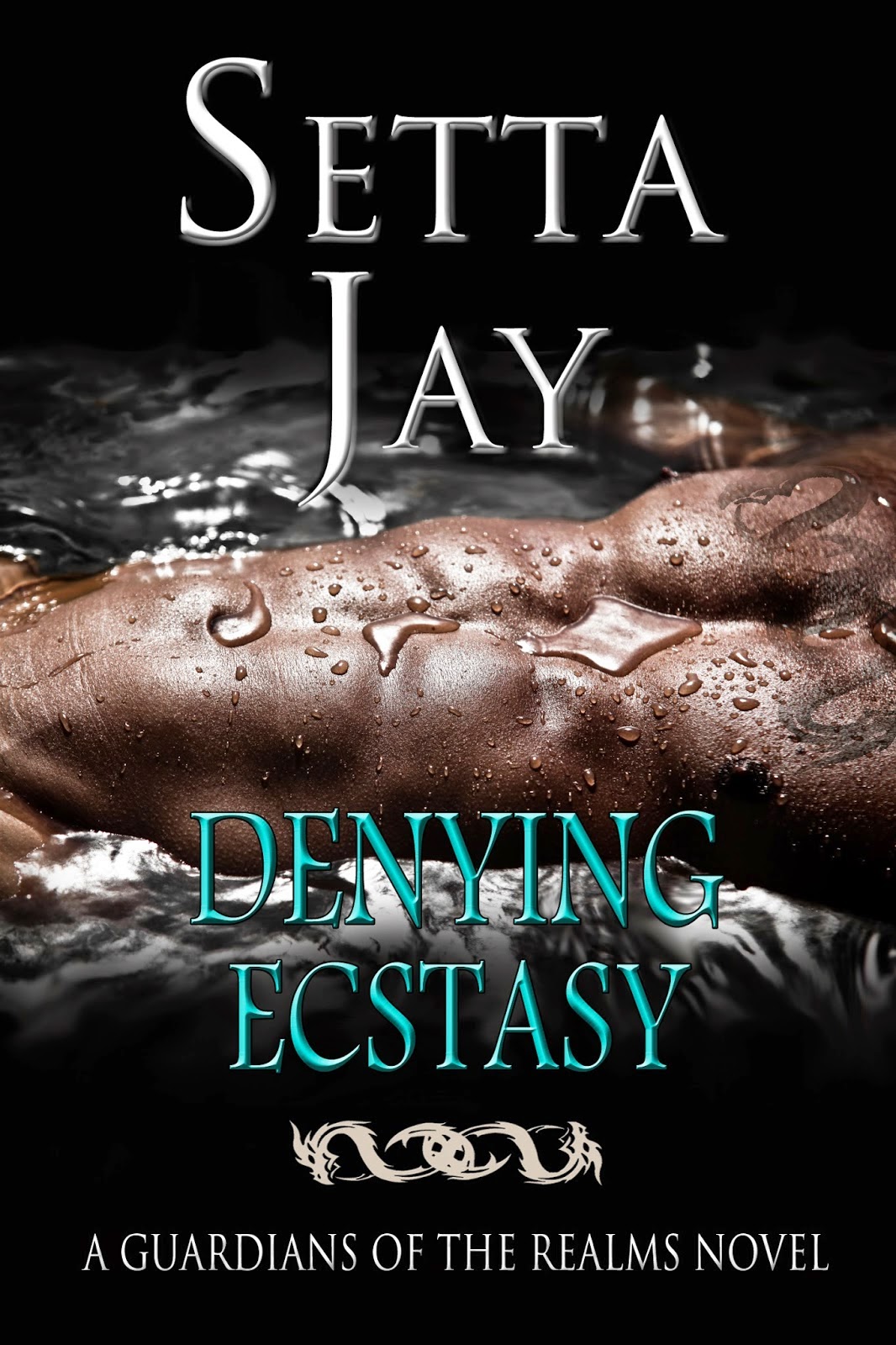 A headstrong sassy mortal, Rain is a Mageia living in Tetartos, the Realm of beasts and Immortals. Her nights have been restless, filled with sensual dreams of a big blonde Guardian whose glares indicate he wants nothing to do with her. She is determined to shake off the odd feelings until she finds out her dream lover is responsible for her rescue from a demented Demi-God. In doing so, his touch ignites something rare and coveted. Something that she’s never anticipated… Something he should have told her about. Rain is set on making him explain and then feel the full force of her ire.

After a devastating betrayal resulting in the loss of a close friend a century ago, Dorian refuses to trust or engage with Immortals other than his Guardian family. His years of brutal fighting in the underground Immortal rings are over. He patrols the Realms and slakes his lust with the humans on Earth. Existing, but not living as he used to. He knows the moment he scents Rain that he has found his mate and after touching her he plans to avoid her as long as he can... Until he learns she is in danger. Raging, his beast demands that he go to her, but taking her from their enemy has repercussions he fully plans to escape at all costs.

For Dorian, finding a way out of mating Rain means he could succumb to madness and harm those that mean so much to him… but giving in to his burning urge for her means losing control in a heated mating frenzy sure to ignite them both and link them forever. 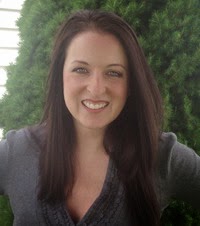 The sad truth is that I’m not nearly as entertaining as fiction. *Wink* I am a thirty-seven year old stay at home writer, thanks to my incredibly supportive husband. We’ve been together for thirteen years and I still love waking up next to that sexy man. We lost our furry child recently, so we are childless at the moment. Our whole world revolved around her. Needless to say, I love animals, especially dogs. Okay, maybe not all animals, I’m not a super big fan of monkeys. Any animal that throws their feces kind of eeks me out. I may, or may not, have a problem with candy. I love any research that leads to Neiman Marcus’ online shoe department. Spreadsheets give me way more happiness than they should. I love to read, the dirtier the better. It all started with the naughty historical romances by Judith McNaught that I devoured as a teenager. I love reading about hot, sexy alpha males and heroines that are smart enough to live.