Book Review - To Love and Obey by Mardi Maxwell 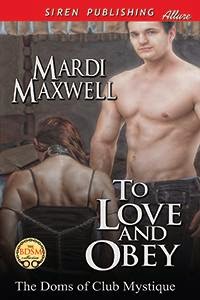 Addison decides to surprise Cade for Valentine's Day and instead gets a surprise of her own finding him in a compromising position. This changes everything for them. She now knows about his lifestyle and does some investigating at another club on her own. When she returns to him, Cade gives her the choice of being his wife or his sub as his wife will never be part of his lifestyle. She chooses to be his sub hoping that he will change his mind. After one night together, she leaves him saying that she doesn't want to see him again. All that changes when she is attacked by someone from Cade's past. He will protect her, lose her, and then realize how much he loves her. All the while Addison is loving him.

I have to admit that I didn't warm up to Cade until part way through their story. It wasn't until Addison's attack that I started to like him a little and he almost lost me when he almost lost her. What he does to her next made me fall a little in love with him.

I did however fall head over heels for Jackson and I can't wait to read his story.

I give To Love and Obey 4 hearts! 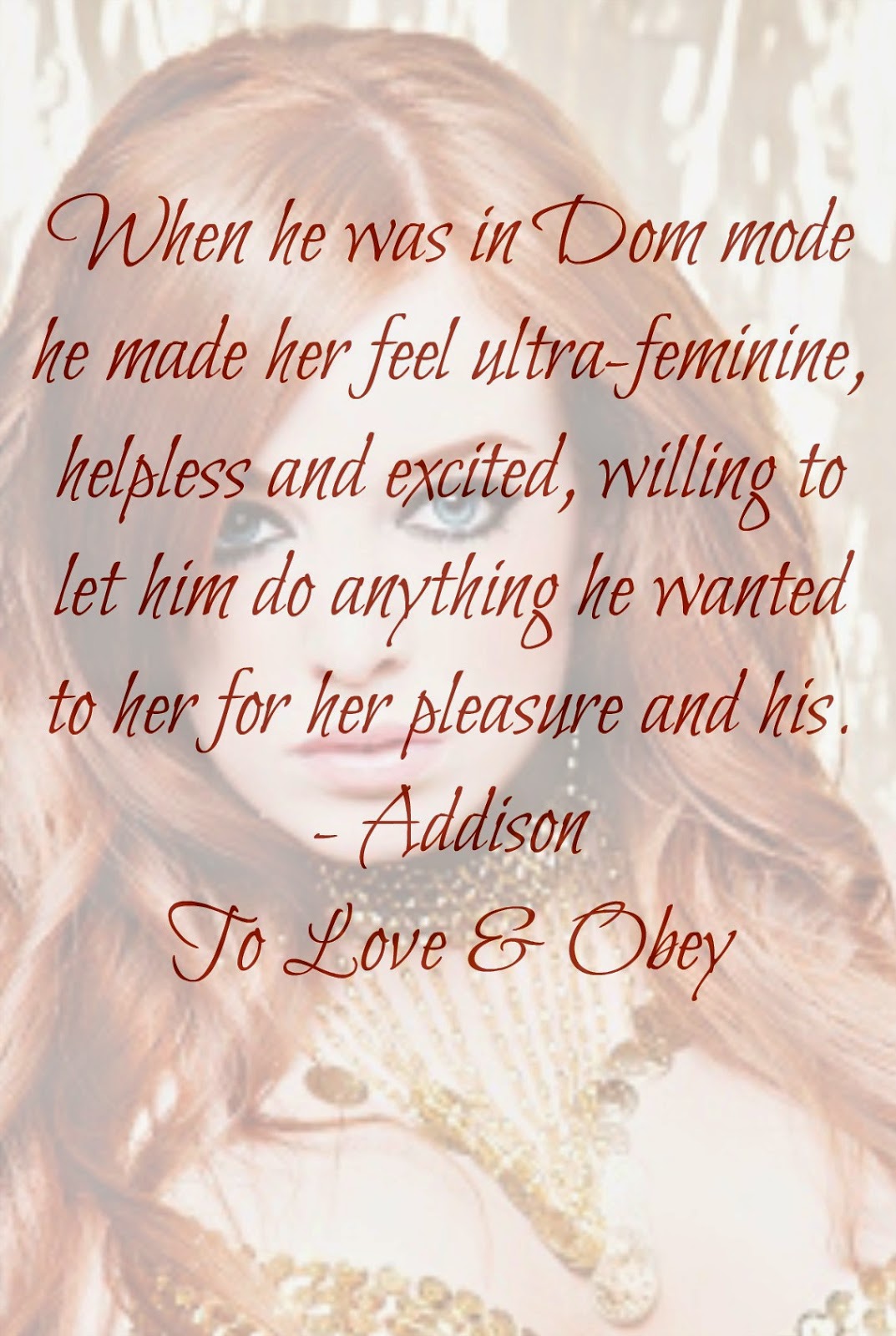 Addison Mathews is the only daughter of a famous mother and a billionaire father. She learned at an early age to be wary of people until she met and claimed Cade Ramsey when she was too young to understand what love was all about. Since then Cade has been her protector and he is one of the few people she trusts as well as the only man she's ever loved. Cade is a former Green Beret who works for a global security company. He's also a Dom who believes that love can't be trusted. He and his four brothers co-own Club Mystique, an expensive and exclusive BDSM club. When Cade decides to give up the Dom lifestyle and settle down he chooses Addison as the perfect woman to be his wife and the mother of his children. Things begin to go wrong when Addison discovers Cade's secrets. Intrigued by the D/s lifestyle she decides to prove to him that she would be the perfect sub as well as the perfect wife. Addison and Cade are two strong willed people, each with their own ideas of what their future should be. Just as it looks like things are working out for them an enemy of Cade's decides to take his revenge by going after Addison. Cade finds himself fighting to save her and their future together. 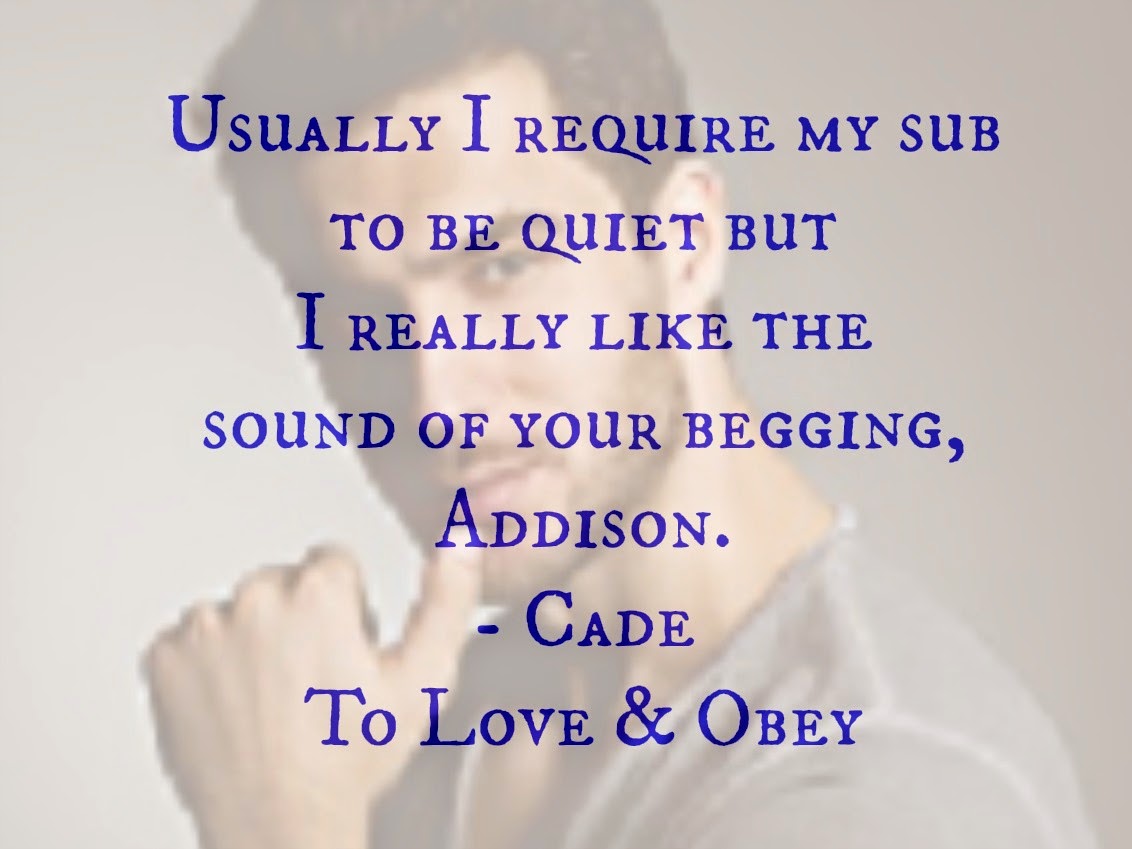 My heroes are tough cowboys with military backgrounds and my heroines are strong, sassy and submissive. I put a lot of emotion in my books because I want the reader to fall in love with my characters and feel their pain and their joy. My characters also tend to show up in the next book in the series and every book has a twist of suspense and a happy ending.

Posted by She Hearts Books at 3:45 PM